The weather forecast for the next 3 days is extremely hot and humid, the weekend forecast is much better with near normal conditions. We look forward to seeing everyone on Sunday evening for Jazz on the Riverside. Don't forget to visit Kilwins before the concert for cool ice cream treats. More information to follow later this week. ... See MoreSee Less

🇺🇸Start the holiday weekend with a bang at our Patriotic Concert on Thursday at 7:30! 🇺🇸 ... See MoreSee Less

Research on  the Saint Charles Bands  history  began  in 2001 to  document  the  Band’s expected up coming 100 year anniversary in 2004.  It quickly became  apparent  that our Band’s history went   far  beyond   the  early  1900’s.  Research  of  early  Cosmos,  Monitor  and  Banner newspapers documented that bands existed at least as early as 1870.  Photographs from the Saint Charles  County Historical  Society and the John J. Buse  Jr. Collection put faces on the men  who  played in  the early  Bands.  The 96  page  book “The Saint Charles  Band’s History 1870- 2004 was published in 2004.  Copies are still available at the Elm St. library and the Historical Society.

In 2015 Jessica Rasch, Saint Charles City Media Department, expressed an interest in developing a video presentation based on the Band’s History Book.  The first meeting to kick off the project was held in August 2015.  The next 18 months involved developing a story line / script,  locating additional photographs, arranging interviews,  editing down content to fit a 30 minute time frame and final editing for accuracy of the content.

There are several times during the Band’s existence that difficult times almost brought down the final curtain, but support from the community, audiences, the City and the determination of the musicians have kept band music alive in Saint Charles.

A “Special Thank You” to Jessica Rasch of the Saint Charles City media department for her dedication and expertise in bringing this 16 year project to a wonderful conclusion.

Down By The Riverside 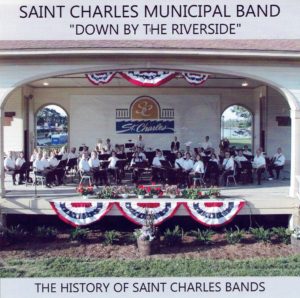 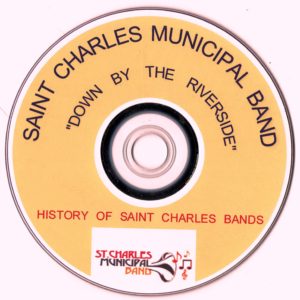